The One Thing That Keeps You Stuck in the Grief 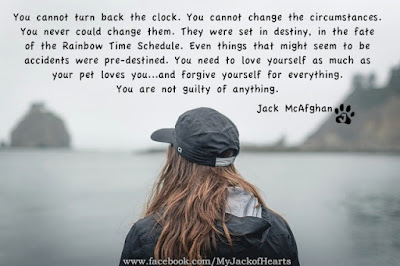 Dear Jack:
The hardest thing I'm dealing with right now is my guilt. I have lost people in my life, including my best human friend and my mother. Losing my Heart and Soul pet has hit me harder than anything and I miss him more than anyone ever and that is why I feel guilty. I've never admitted this to anyone other than a total stranger I happened to walk into at a doctors appt. who admitted the same thing after telling her about my best friend.
Sincerely,
Lost in Guilt 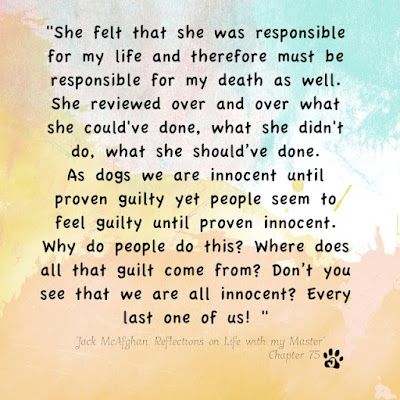 You are no longer lost because the moment you realize what is holding you back, is the moment you can begin to move forward. It is part of the Acceptance process.

During our years of working hospice we found that guilt is the #1 grief issue 90% of the time. Have you read my book yet because we address this in detail. That's one of the reasons we wrote my first book. Kate was riddled with guilt. She was stuck in the guilt of grief for six months or more. When you finally accept that guilt in unnecessary, you will emerge from the depths of the darkness, You find out that you are free and you realize that there is plenty of hope for healing and living a normal life again. A better than normal life for what we have taught you by our leaving. 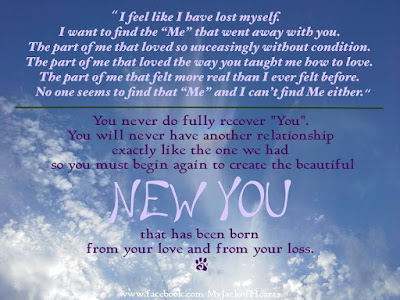 Guilt is all so unnecessary. Did you know that guilt doesn't even exist except in your own mind? But that might be too much for you to process right now. Please if you haven't already, get my book and let me comfort you on this topic. I will bring your best friend to you and release you both from the chains of guilt. In about 3-4 hours you can be in a totally different place. Please don't be afraid to go there. Your pet's world will open up when yours does. You are both connected and your grief impacts him. Now don't feel guilty about that too! It's a normal and human part of the process. 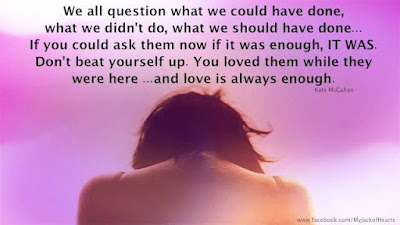 Our books are available on Amazon Worldwide. Click here to view my page on Amazon.com!

Do You Ever Get Goose Bumps? 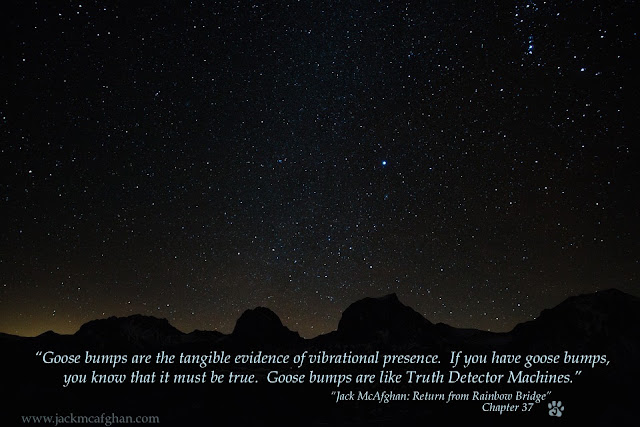 Tonight she was out walking the dogs, Immy and Joey. It was a cold high desert night but it felt good to walk, so they walked a little farther than usual.  Just as they turned to head for home, she looked up and saw a bright star in the western sky.

“I remember that star,” she said aloud. “I used to look at that star from my living room and from our front porch.”  She had a smile when she first said that.  She had built the house and loved the house. She and I had lived most of our years together there. She remembered looking out over to the western horizon as she watched the sunsets come and go, and then the bright star appear every night when the night was clear. Suddenly her “view” was interrupted by the memory of the neighbors at the house across the street.  It blocked her line of vision and took the star away from the sky in her mind. The neighbors had been very mean and they did some things that indirectly caused and ultimately brought us financial ruin.

“It was all so beautiful,” she said as the tears began to sting her eyes.  I sensed I might have to intervene.  “It was all so wonderful,” (Was she sad? Was she mad? Her emotions were intensifying) “...until they came along and ruined everything.”  She was starting to get upset about it again. I had to do something. I did not want her thinking those negative thoughts. There was nothing she could do about those circumstances now. It did her no favors to be dwelling on it.  After all, she had had such joy when she first saw our star.

She was startled when she felt my goose bumps from the back of her neck down to her lower back, radiating with warmth. Everyone has their own “signature” goose bump. This was mine... and she knew it.

“Okay Jack,” she said to me, “You’re right. I know it doesn’t matter now.”
She had learned when to identify me and she had received the message I had intended for her! “Thank you Jack.  Thank you.”
She was so pleased that she had not missed a beat and she knew that it was me.

I radiated out my warmth and love and covered her again, so proud that she could learn to set her pain aside and live in the moment with me, just like I taught her to do.  She thanked me again. She could tell from my warmth and intensity that I was happy and that made her happy too. That’s how soul mates are. Connected on such a deep level that everything they think and feel affects the other.

Do you ever get goose bumps? Who do you think it is? When do they come to you? What are they telling you?  Pay attention. Goose bumps are not just a random occurrence. They are how we reach out to you in vibration. It’s how we touch you when we no longer can be in your view.