Is Jack McAfghan a Controversial Book?

RESPONSE TO ONE OF OUR GROUP READERS

Dear Reader - Thank you for writing. I appreciate your thoughts as you read Jack's book.

I understand your discomfort with the use of the term "just a dog" when Jack refers to himself.  Jack refers to himself as 'just a dog' because he is humble. He always knew how important he was to me -- as important as a brother or a husband would be. In our lives together I never referred to him as A Dog or My Dog -- he was simply JACK, because a definition of what he was to me does not exist in this world.  Even the word "dog" seems an unfair label. But we must live with labels in our society. It's what people understand and expect.  We know that there will be any number of people reading this book who believe that dogs are 'just' dogs. This is merely a strategy to reach those people as they move through the pages of Jack's life and ultimately find out that dogs are NOT just dogs. "Just a dog" is simply my writer's tactic to get on common ground with some readers. 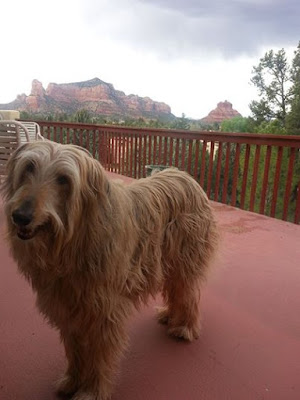 As for the role of 'Master' in my dog's life, I don't particularly care for the term either, in describing my relationship with Jack.  I use the term "master" in the book specifically to create metaphors for the concept that there is a higher level of power over the world that we live in. Some call it God, some call it Creator, some refer to The Universe or Divine Life Force. Man holds dominion over animals and Something holds dominion over man. Jack and I could only speak of what we personally believe in -- and what followers of Christianity tend to believe: that we are to be obedient followers of a (hopefully) loving God and yes, Master. I don't know what the Atheists will think when they read the book; I think the Agnostics will have a better time of it. 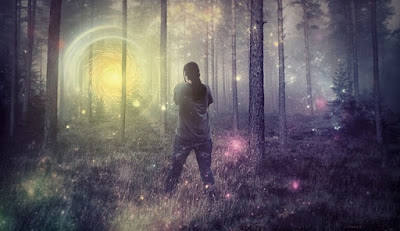 Jack puts a Disclaimer in his Preface that states: "What you are about to read is my personal experience. It may not be true for everyone. What I have come to learn is this: whatever we believe to be true is what is true."  Jack refers to the scientific work of Einstein who has proven that 'We are energy and that energy cannot die, although it can often change form.'  Life must go on in some way, shape, or form beyond the grave. This is all we know. We know not what form it really takes. 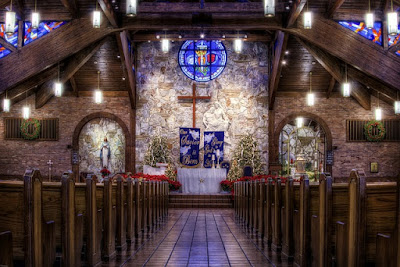 I grew up Catholic; now consider myself a spiritualist. I have studied philosophy and spirituality for over two decades. I believe in some way that we create our own reality by what we believe. I, like you, believe we need to believe in something that comforts us in order to survive and thrive. Bits and pieces of what I believe are scattered throughout Jack's book. I have 30 years of hospice work behind me. I have known a dozen or more people who have had near death experiences. I have seen people die many times. I have been with them. I have silently observed and processed death. I have seen magic happen in families and relationships in the final moments. I have seen the common yet intriguing phenomenon of people who see and hear and feel their deceased loved ones nearby as they themselves prepare to leave this life.

You mention the 'mirror' effect. I, too, believe everyone (perhaps everyTHING) is our mirror. My next book is going to go into that in detail. That said, I am no "expert' on death, for who would be who hasn't died yet?  I believe in immortality and if I get to the end and it's just The End, well, I sure had a better time in life because I believed in something more.

FYI, I'm not being defensive or trying to show you how much I know. There is no 'attitude' about anything here, although you wouldn't know that from just reading these black words typed onto a page. I, perhaps like you, enjoy the challenge of writing how I feel, the way I think, putting into words things I never have expressed before. You are a good writer, for your words are thoughtful and powerful and you have created this challenge for me here today. I'm not sure how effective I am with answering your questions. I'm still reeling from Jack's death, my Dad's death the following day and where all of this came from and why I was driven to write this book.

Jack came to me one night and I wrote seven pages that came pouring out the end of my pen. I don't know how it happened. I know that he was there. I can't explain it, the knowing of it. I am a natural born cynic so the fact that I couldn't rationalize my experience was interesting. It was out of my control. The concepts that came to me through him, many were foreign to me.  I read what I had written over and over and later it began to take hold and make sense as I integrated it with my career and observations over the years.

My goals with this book:

(1) To teach people that animals deserve more credit, honor and respect than many two-leggeds give to them. Keep in mind that in the Bible, only the humans were kicked out of Eden's paradise, not the animals.

(2) To help people to value the process of their own lives and to realize that there is more going on than the tangible world they have built around themselves.

(3) To plant the seeds which help a reader to believe -- or to renew their faith -- that there might be something more to believe in. 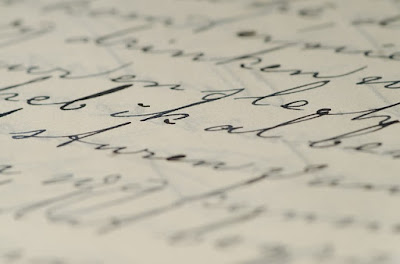 "We don't have our precious ones to hold, to walk with or talk to, except in our minds," you say. There are those who would say that There is nothing OUT THERE; that 'All That Is' exists only in our mind.  If this is true, then you still have your precious one, don't you?  : ) 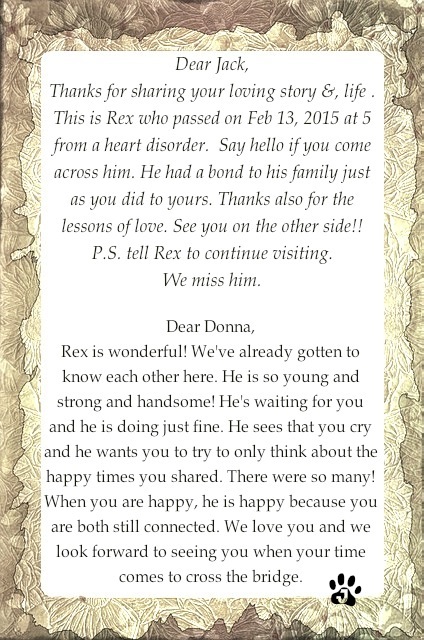 Here's a photo of the lovely Rex and his best friend, Donna. 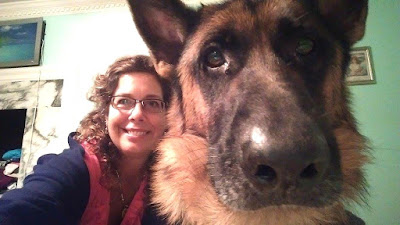 Posted by Kate McGahan LMSW at 1:08 PM No comments: