Lizard Chapter 16: THE CYCLE of DEATH AND REBIRTH of a LIZARD 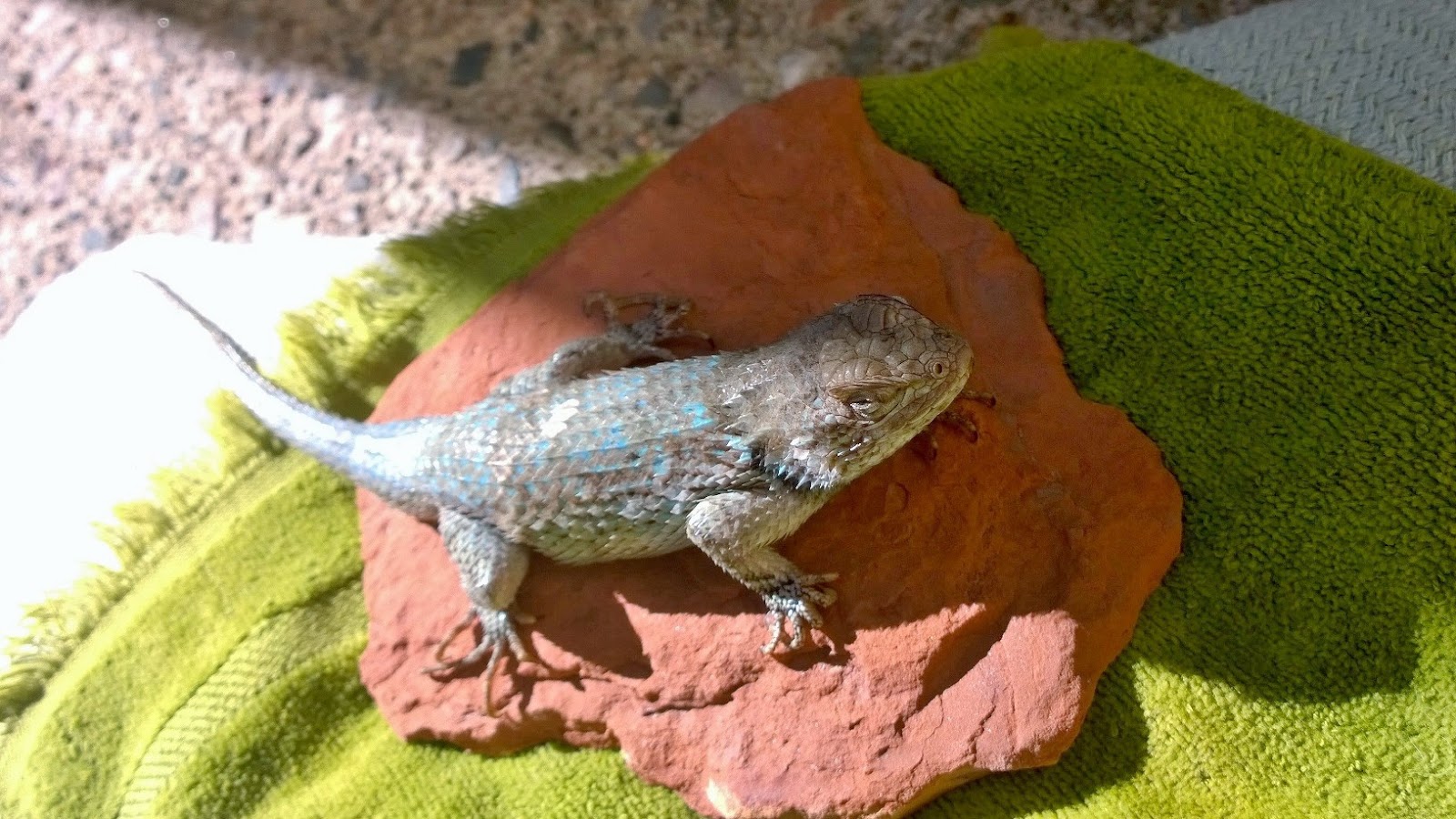 An hour later the sun was pouring down on him and he was once again puffed up, standing erect and walking and hopping around on her lap and on the bench outside where they were. She was very happy to see him so active.  She thought he might have a chance. There were no more traces of blood on him and his bad eye even seemed to be healing for by morning, Monday, it was no longer caved-in; it just looked closed.

Mr Lizard never opened his eyes. She wondered if he was blind. She knew he wasn't deaf because he seemed to hear her in the moments when he was alert. She also found out that he was quite sensitive to her because when she would fill up with tears or fight crying he would respond to her instantly, turning his head towards her.  She never communicated with him quite the way I did, but she and Mr. Lizard, they seemed to be coming to some understandings. 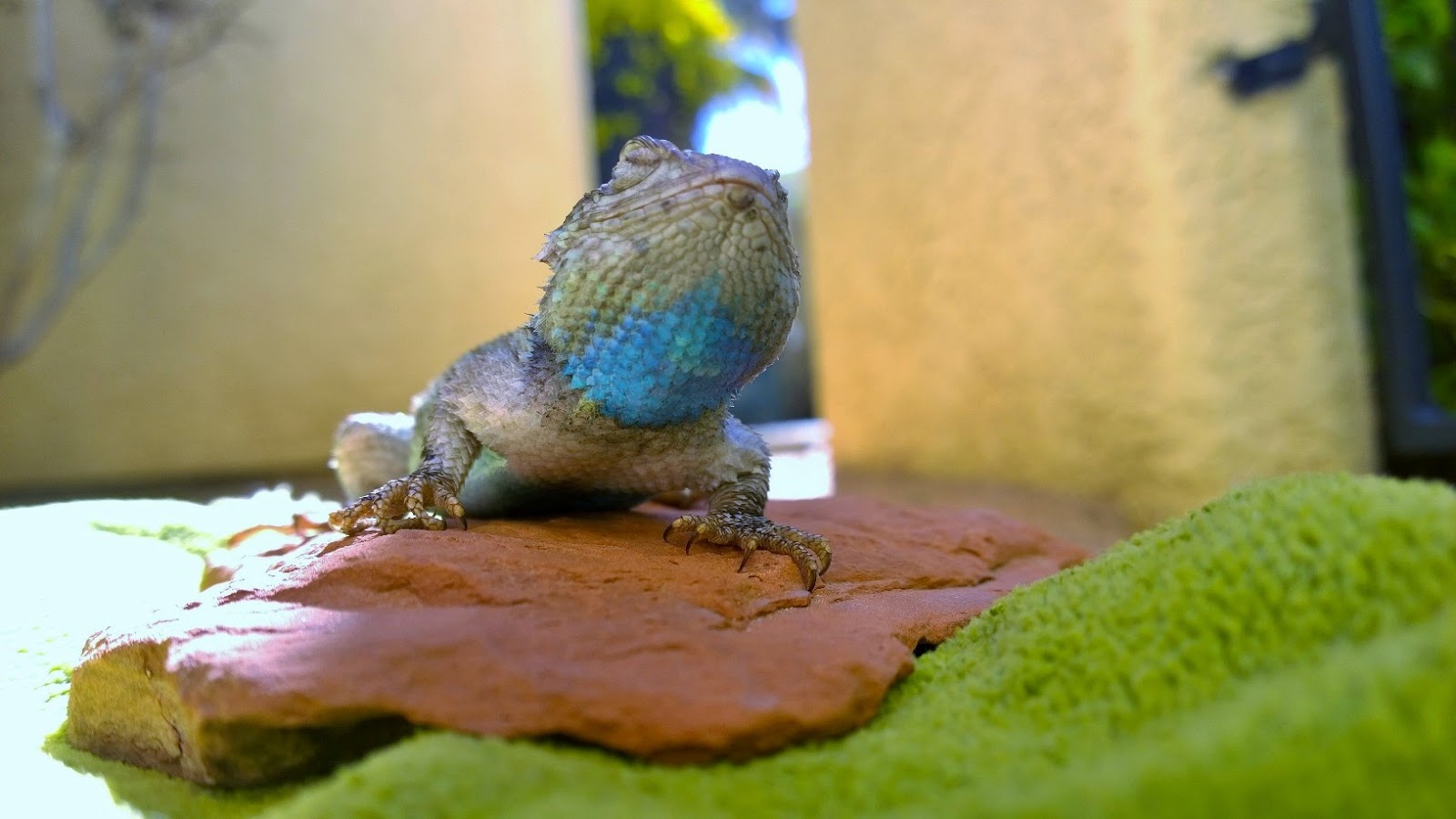 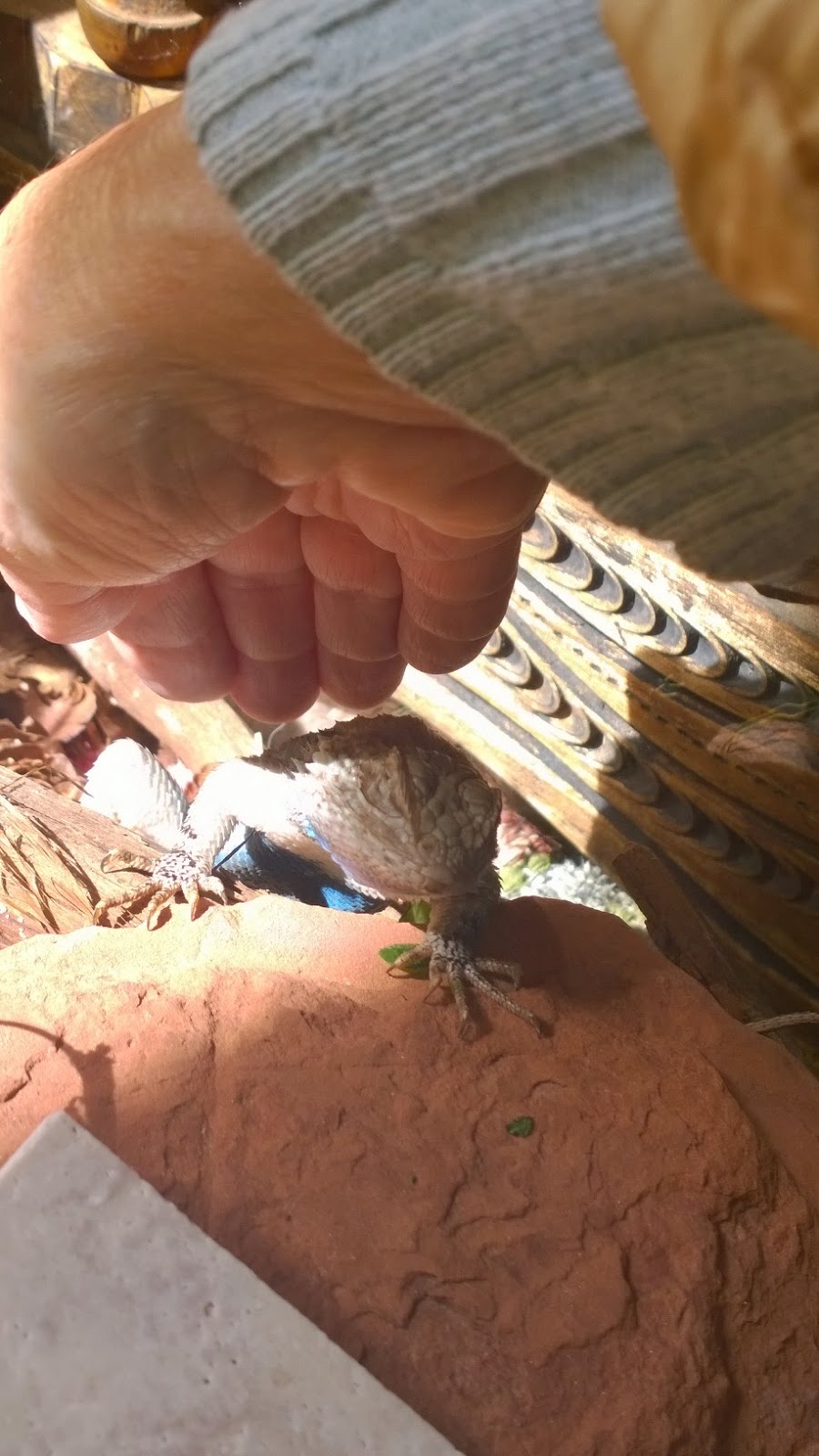 She lay her hands upon him in the hopes of healing him. 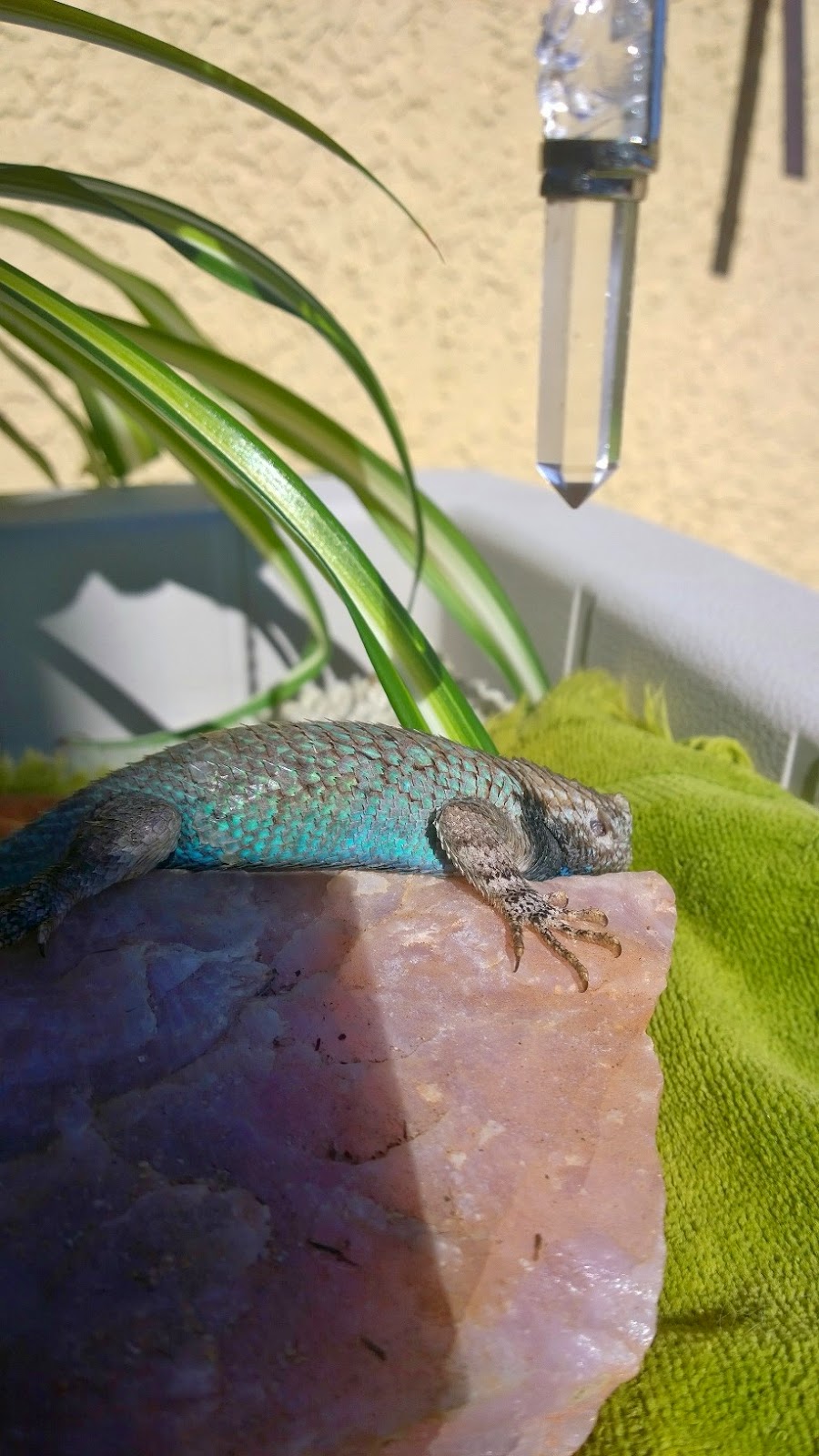 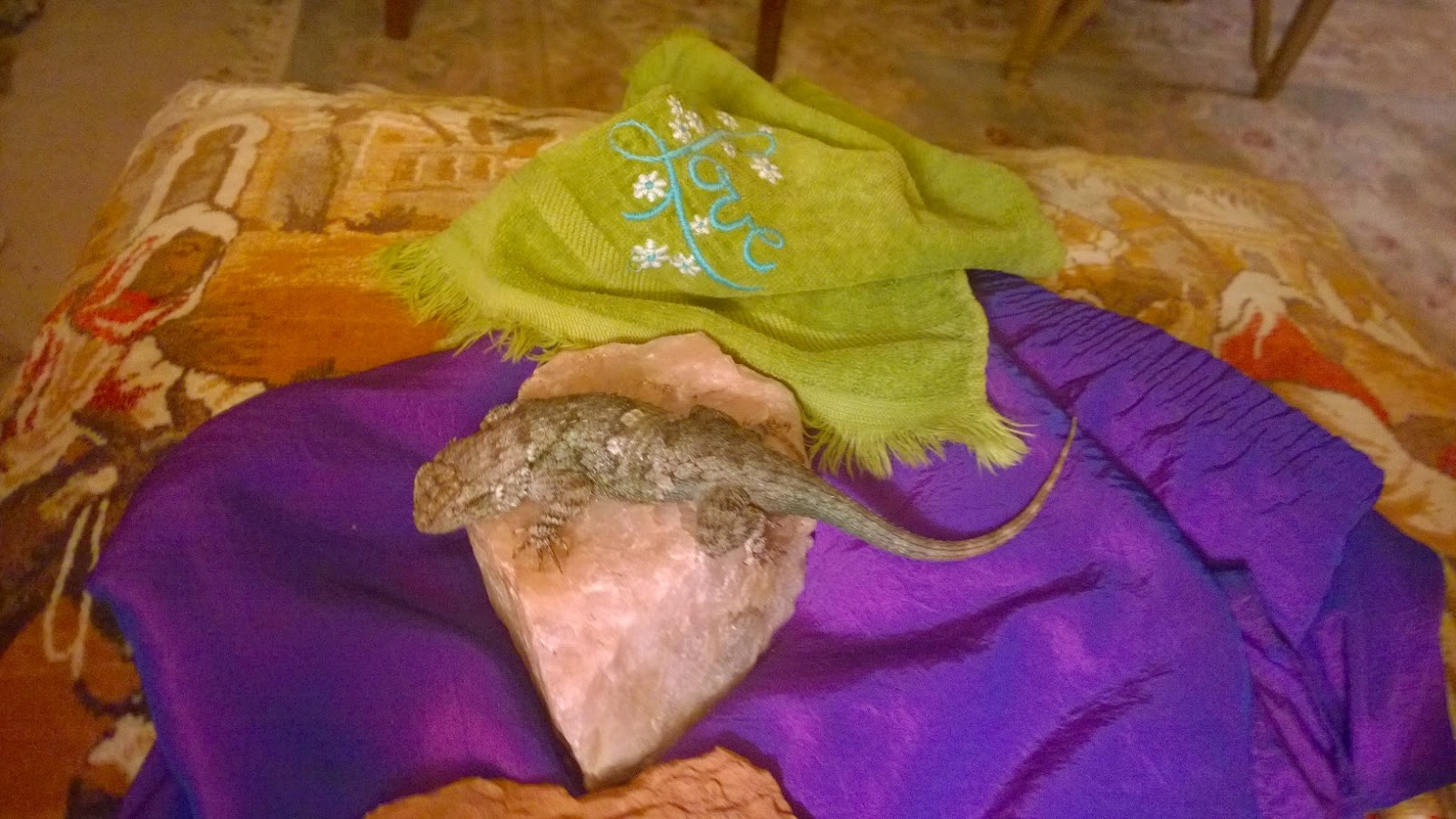 She surrounded him with warmth and love. 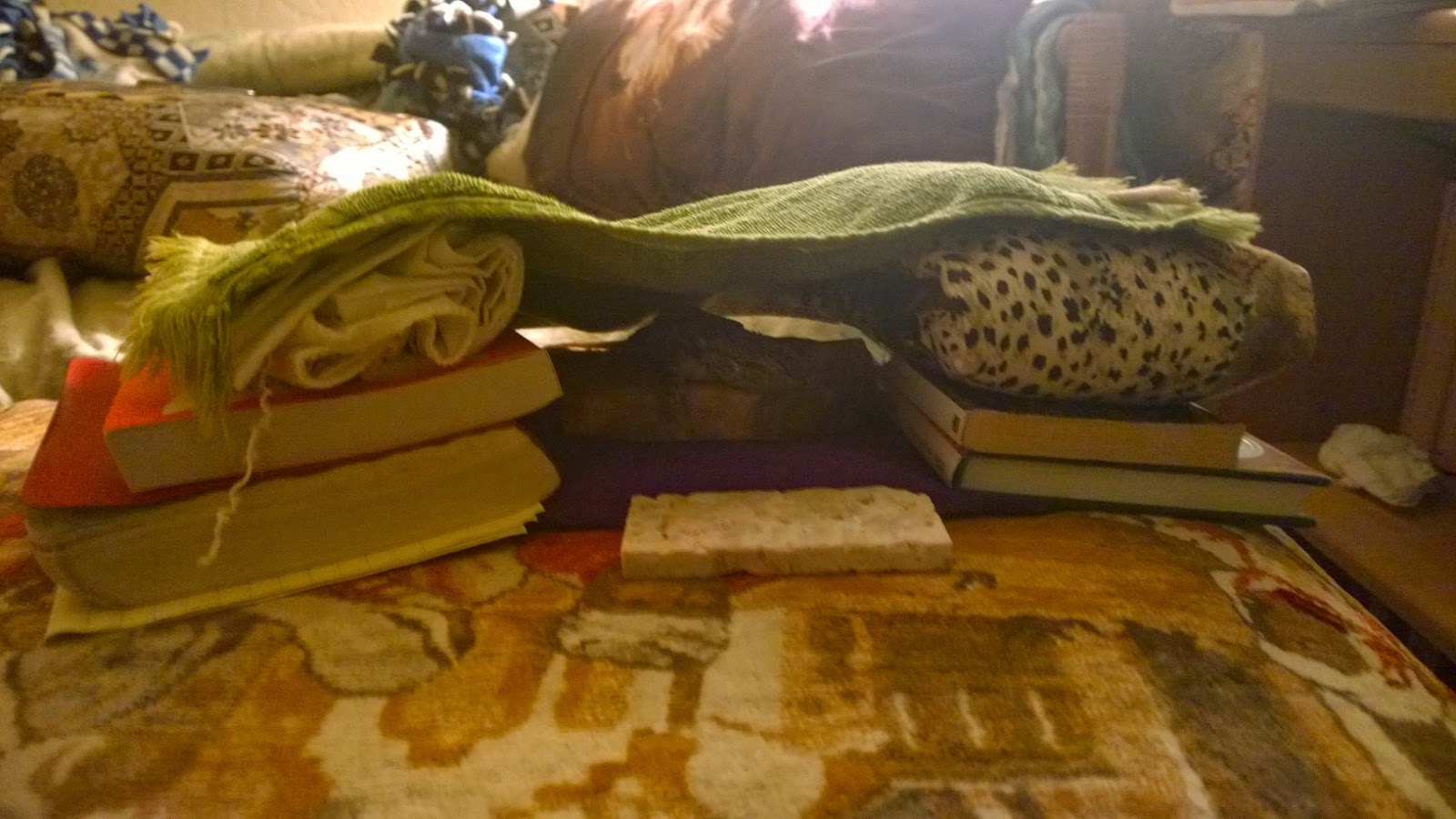 She was told by the Pet Store expert that she needed to keep him warm, especially while he was healing. She refused to buy a $50 heatilator lightbulb -- but she did set up a little house for him inside until the nighttime temperatures warmed up. She put him outside all day and brought him in at night.
He just stayed pretty much wherever she put him. 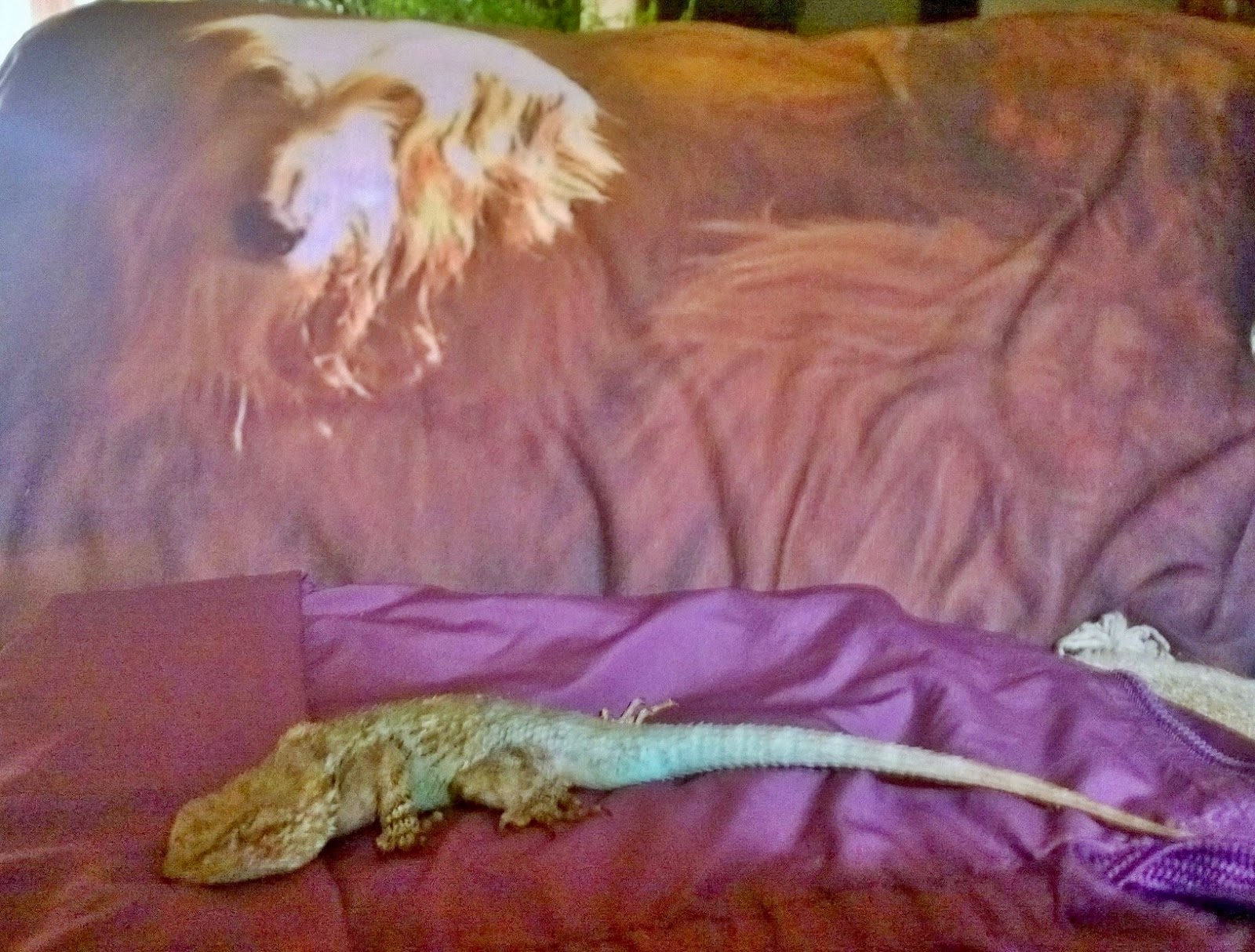 She put a pillow with my photo on it beside him at night so that I could "watch over him". She didn't need to do that, I was watching over him anyway.

She had concern from time to time about why he was back in her life. The last two times when he was with her, someone died in her family. She wondered if he was an omen or a bearer of bad news, but so far everything seemed okay.
Posted by Unknown at 10:41 PM