Why Are So Many People Afraid of Death? The History Behind Halloween. 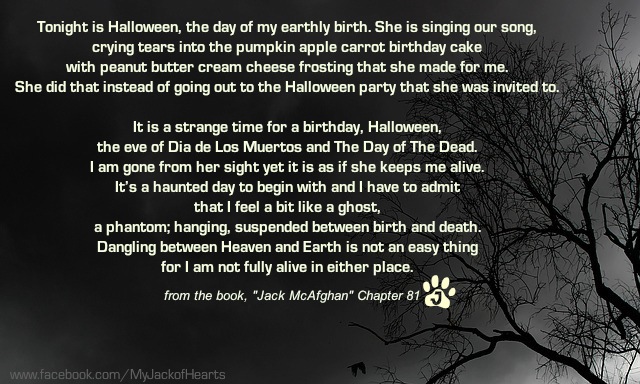 When I arrived at Rainbow Bridge, I really didn't know the difference between Halloween and the Day of the Dead. My friends Here came from all earth faiths, cultures and backgrounds and we all got together to talk about the holidays that we celebrated with our humans on earth. It was fascinating!

If you live in a place that has four seasons, you know that hard frost usually comes to the garden near October's end. The harvest must happen before the frost comes or the harvest will be lost. 2000 years ago the Celts celebrated Samhain to welcome the Fall Harvest at the end of each Summer. (Remember how I've said that the end of something is always the beginning of another?)  The Celts believed that on a particular night the veil between the worlds of the living and the dead became very thin and that they could communicate with the spirits of the souls who had transitioned. They offered up the harvest, for they believed that the souls of their dearly departed would visit, drawn back by the very power of their faith. They would have parties, wear masks, dress up in animal skins and tell fortunes. Ultimately the Celts were conquered by the Romans and around 600 AD. Samhain merged with Christian tradition and it became an annual routine to pray for the dead at harvest time. 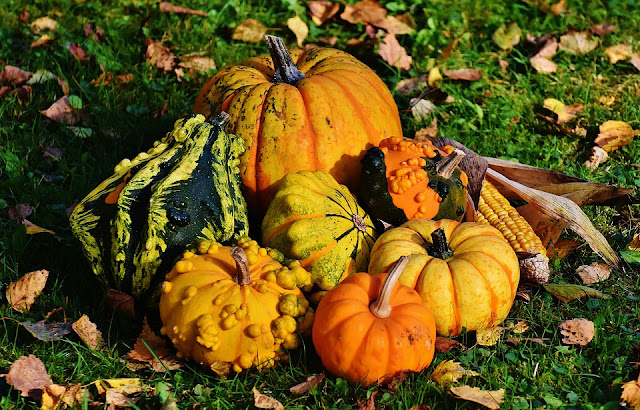 The inspired Pope eventually declared November 1 as the annual day to honor the martyrs and saints. When November 1 became All Saint's Day, October 31st became All Hallow's Eve. A hallow is a saint, or holy person. E'en was the short version of "evening" and thus evolved "Hallow-een"! Did you know that?! I didn't!

The Irish Catholic immigrants brought All Hallow's Eve with them to the U.S. and "Hallowe'en" soon became a tradition. Meanwhile the Catholics and other Christians revered the date of November 2nd as All Soul's Day, a day when the dead are honored. Far away, south of the equator 3000 years before, the Aztec people were honoring their tradition of Dia de los Muertos: The Day of the Dead. It is sometimes known as Dia de los Santos (Santos = Saints) in Central and South America. This day which used to be a month-long observance, continues to be passionately celebrated. The beauty of it was --and still is-- that The Day of the Dead reveres those who have passed from this world into the next. It does not mourn their death, it celebrates their life! It does not fear. It is driven by love. It is a happy time, a colorful celebration of food and flowers, masks and processions, music, altars and candles. Other cultures too, from one side of the world to the other, established similar traditions and over time they blended together to become the holidays of today.

In the fast pace of modern life, details can be lost and misconstrued. The beauty of these holi-("holy")-days can be smothered in retail consumerism and hype. Many people get caught up in the candy, the costumes, the haunted houses, eerie ghosts and scary ghouls. They completely forget about Heaven and the Harvest. They forget about the Souls who once touched their lives and the natural beauty of an edible organic pumpkin before it is carved into a jack o'lantern.

Mostly they forget the thinning of the veil.* They grow up as children fearing ghosts and goblins --- and they learn to fear death too. The souls of those who love them become the creepy phantoms. They are not often taught that life goes on and the souls of their loved ones live forever in a sacred place where they wait for the rest of us to Come Home. These children become adults who have lost faith in what they cannot see. In fact they become quite fearful of what they cannot see. They forget that they are never ever separated --- no not even by death -- from the ones they love. 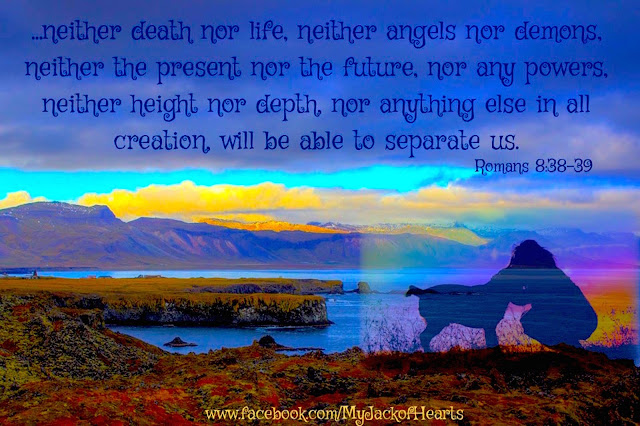 Sometimes you need to create new traditions for yourself when you are faced with loss and grief --- or if you are struggling with family issues and disappointments. Holidays can be difficult at best when your life feels empty or incomplete. One of the things you can do for yourself this holiday "season" is to celebrate Halloween as your very own Day of the Dead. Do not mourn the loss. Celebrate the life.  Build an altar, light a candle. Say your prayers. Invite your loved one to visit you and talk with them about your hopes, dreams and memories. Soak in the happy times of being blessed by someone in your life who loved you and who loves you still. Someone who taught you the meaning of love, not fear.

Celebrate that love and know that love never dies. 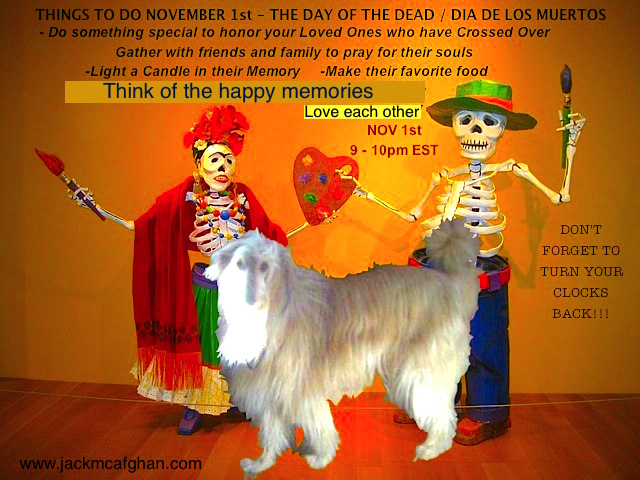