Less than a mile away from Ma's Loma Cabin was Shining Mountain Afghans. The next morning, she and Joey drove over to meet Brian and his wife Laura and to see their Afghan Hound family. She had viewed many of the dogs on Brian's Facebook pages and it was exciting to think of them Coming to Life. She had seen the distant red farmhouse in photos but it was really fun to see it come into three dimensional view. With eighty acres of invisible fencing, it was bordered by the river with rolling hills and nature as far as the eye could see. It certainly seemed to be a slice of God's country.

But that was just the beginning. She pulled into the driveway and entered another world. She found herself in Afghan Hound Dog Heaven. 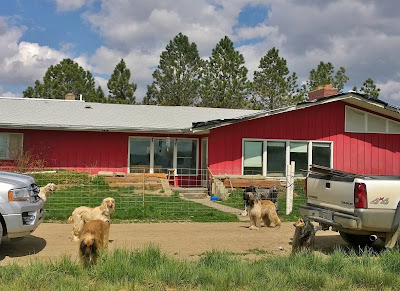 The House and Welcoming Committee 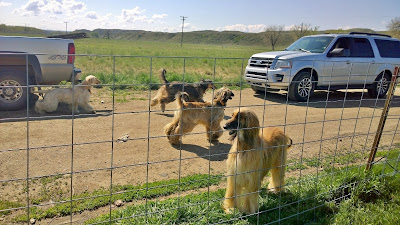 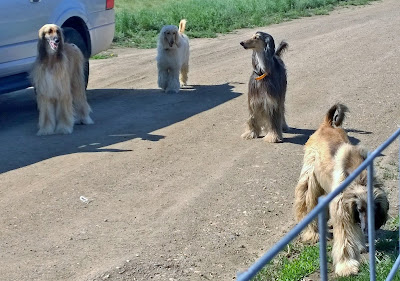 I think these are Punkin, Sunshine, Cat and Immy
Posted by Kate McGahan at 8:04 PM