40 Days and Nights in The Bay Area 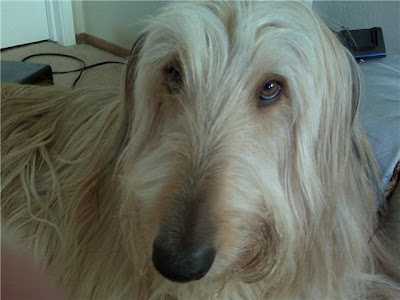 OK -- We tried! We changed our life for a job in Walnut Creek California. We packed our car drove the 13 hours on Halloween Day which was also my birthday. She started work on November 2. Six weeks later we have packed our bags and returned to Sedona. The job wasn't bad -- but working hard 50+ hours per week and not clearing $900/week didn't cut it. The taxes in California are killers! 9%+ on just about everything.


The room we rented was on a 22 acre horse ranch which was spectacular -- but on the second week our room was ransacked by our four-legged roommate. We started looking for another place to live. Meanwhile in the six weeks we were there she suffered a terrible head cold, tonsillitis, 1/2 dozen migraine headaches, daily intestinal distress -- and that was just the beginning. We even did a home visit to a client in Oakland and our car was vandalized while we were in the lady's house. That was about the last straw.
By the time we got home to Sedona, she had lost nine pounds and I had lost 11! It was an example of living in a place that didn't support us. We were running into the wind, swimming upstream in everything we did. Nothing was easy. The mountain ranges were gorgeous and the weather was beautiful, but life in California can be tough. Eight lane highways, overpassing eight lane highways and a rush hour that lasted most of the day and through the weekend too. The company she worked for was excellent, however there were many disappointments.  She was told some things up front that did not come to be true. So it was not just one thing that pushed us out of California, but the overall life situation.

Her landscape photos are posted on Facebook. I mostly wanted to post the photos of the place we were living. She "feng shui-ed" it and that was the best part of our stay : )
Scroll down further to see photos of me and our ransacked room! 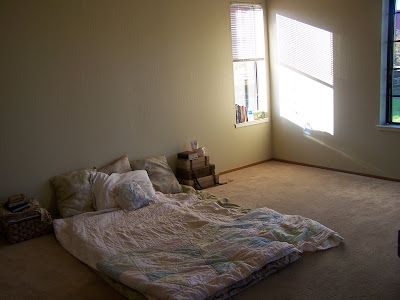 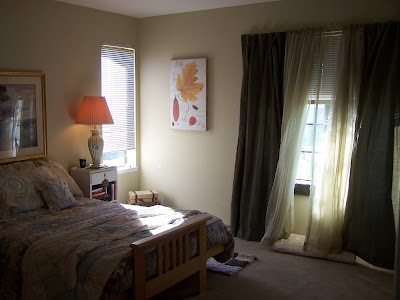 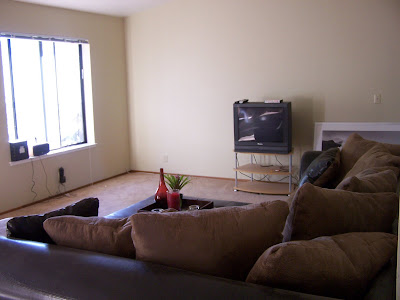 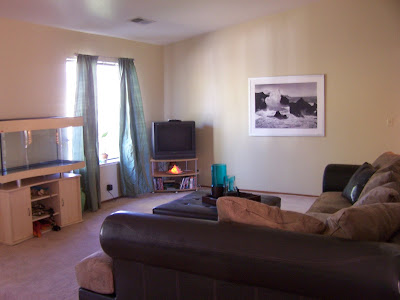 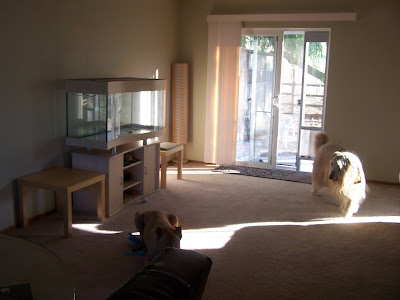 (that was me and him "before" our episode) 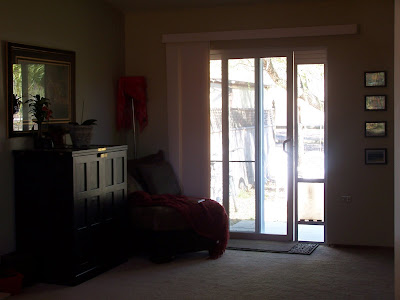 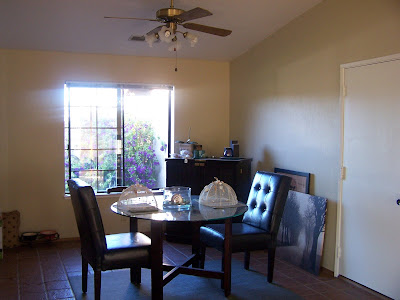 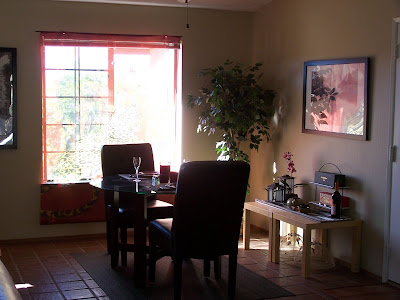 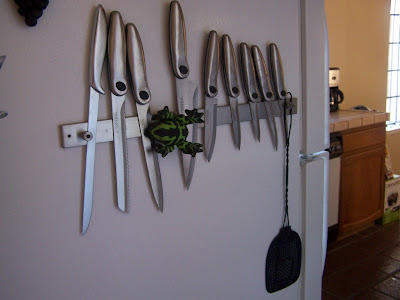 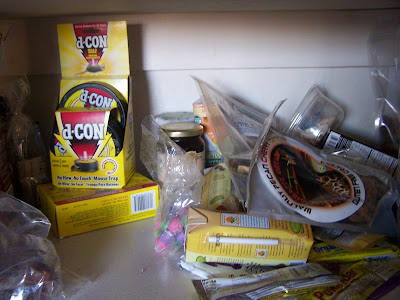 It is not just bad Feng Shui -- it is toxic! It was a toxic environment in most ways.

Our roommate was adorable, delightful, bright and witty.
And she lived in a cluttered mess!
We didn't feng shui her private space. We didn't go in there. We left 'well enough" alone. 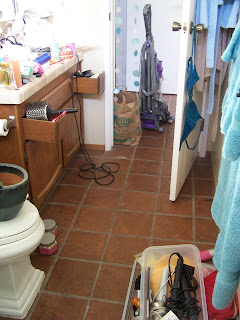 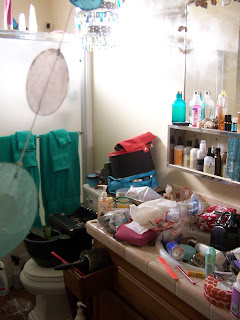 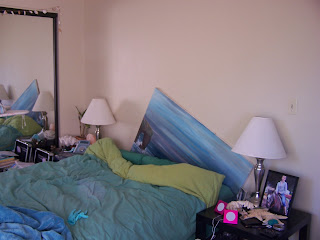 How did she sleep in this BED this way? But she did somehow! 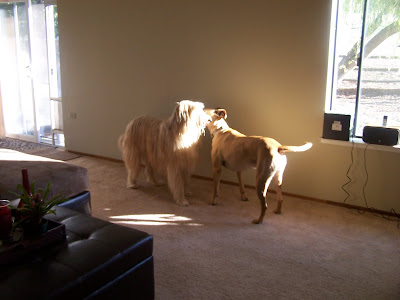 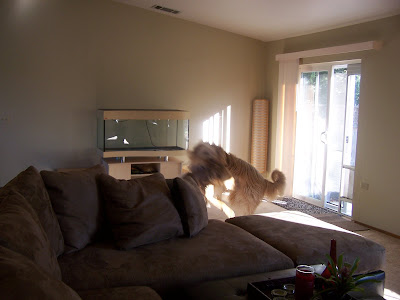 She was never sure if we were playing or fighting. It was a fine line as he and I were learning to live together. He wanted to dominate and you can't blame him. He lived there before I moved in. I never wanted to make a problem and I tried to stay sweet and friendly. I couldn't help it, though, when we played I would always "win,  pinning him to the floor on his back beneath my smiling playful face.
It just made him mad over time, I guess. 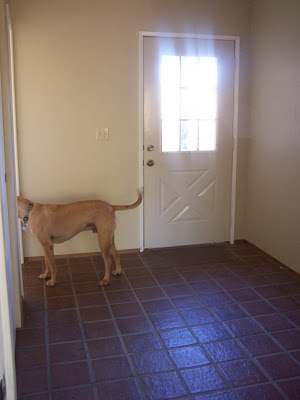 But one day both Kate and the lady went to work and us two dogs were left alone together.
When she arrived home later that night, this is what she found:
A RANSACKED ROOM! 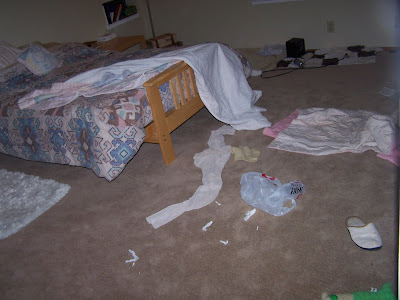 The bed had been made and the room was spotless when she left that morning. And this is silly, but she actually made the bed before she took this picture (second nature!)
"Somebody" had drawn back all the sheets down to the mattress and had eaten cardboard in our bed! Little grey pieces of cardboard -- I still don't know what that was. 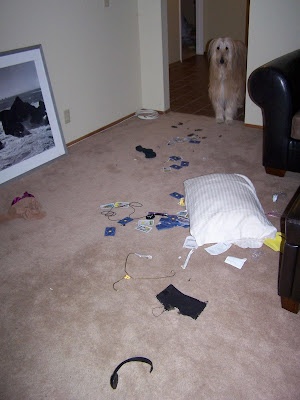 "I didn't do it!"Our stuff was strewn all through the house -- this was the livingroom.
Can you believe he ate the HANGER! And our flashlight too! 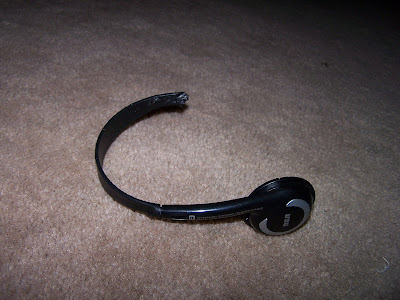 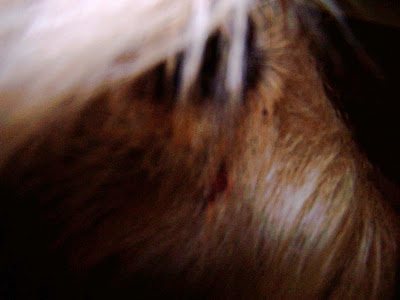 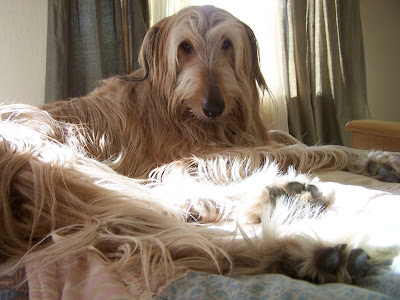 "What on Earth are we doing here?" 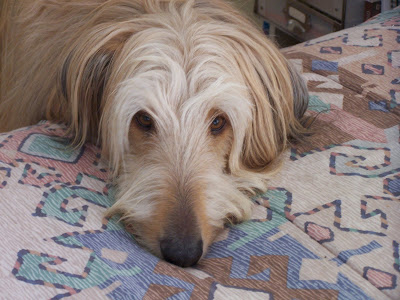 This is how I ask permission to come up on the bed with you. Now I ask
"Can we just go HOME? Please?" 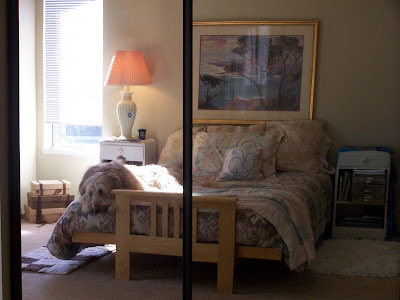 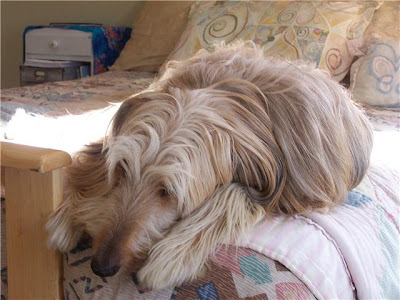