Dear Jack (I can't believe I am writing a letter to a dog):
No animal goes to heaven. St. Thomas stated and the Church approves: "The soul of an animal after death returns to the potency of matter." Anything contrary is simply fiction and nonsense.
Anon E Mouse

Dear Anon,
Now that I am in Heaven, I join the common mind which knows Everything.  That said, since you are a doubter (much like the St.Thomas who you refer to in your note to me), I will provide a link to a reputable source to reveal the Truth. As an apostle of Jesus Christ, St. Thomas was transformed from doubter to believer. Click here to read more about that.

I also would like to clarify that we do not "live" at Rainbow Bridge. A lot of people think we do. Rainbow Bridge is just the passageway by which we reach the Other Side. The other side is Heaven.  We cross the Bridge and we wait for you on the other side. When it's your time to cross the bridge into Heaven, we are the first ones waiting at the edge of Rainbow Bridge to greet you. So yes, we live in Heaven. 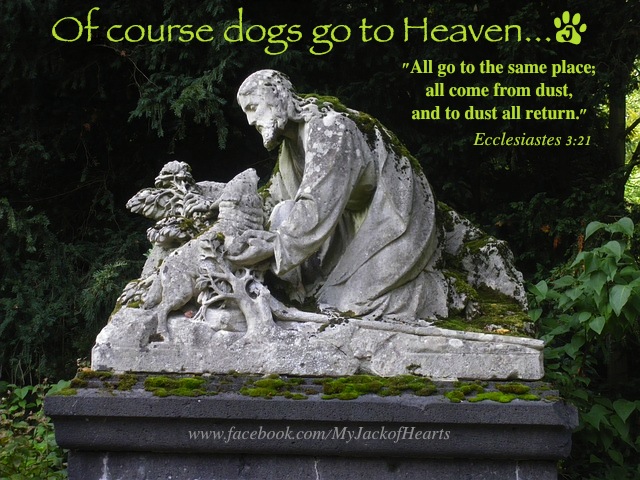 I know because The Bible tells me so.

I know because animals have a soul and souls return to Heaven when they are done experiencing life on earth. 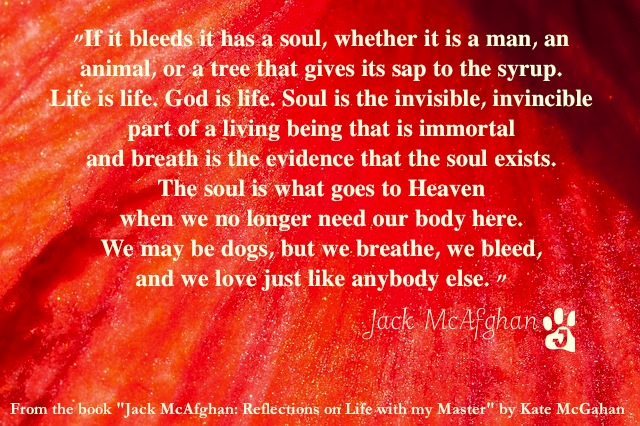 I know... because animals have eyes in which you can see the entire universe. If Eyes Are The Windows Of The Soul, this is further proof that animals have a soul. 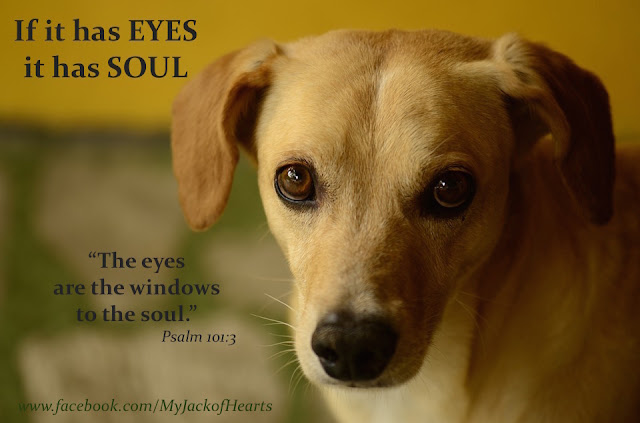 I know this because Pope Francis (like his beloved namesake, St. Francis) tells me so. 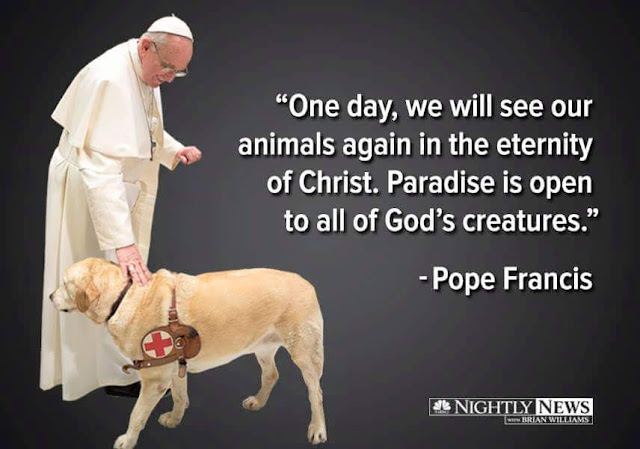 "Life goes on and something is always turning into something else. I now know this for sure: Love is all there is and love never dies. Love is energy and energy does not die; it cannot die. Einstein would tell you that it is a proven scientific fact. If it’s energy, it must live, although sometimes it changes form.


Love does not sleep. I am not dead. I am awake."
("Jack McAfghan: Reflections on Life with my Master" Chapter 66)

I know because I know.

Posted by Kate McGahan LMSW at 12:21 PM 6 comments: Links to this post 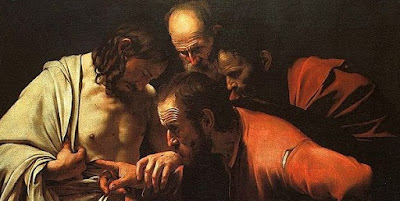 The Incredulity of Thomas" by Caravaggio, public domain, Wikipedia
St. Thomas is also mentioned as being present at another Resurrection appearance of Jesus - at Lake Tiberias, when a miraculous catch of fish occurred.
This is all that we know about St. Thomas from the New Testament. Tradition says that at the dispersal of the Apostles after Pentecost this saint was sent to evangelize to the Parthians, Medes, and Persians. He ultimately reached India, carrying the Faith to the Malabar coast, which still boasts a large native population calling themselves 'Christians of St. Thomas.'"
SOURCE: www.Catholic.org
Posted by Kate McGahan LMSW at 11:46 AM No comments: Links to this post